Instead of shrinking the UK’s carbon footprint has actually grown, the government’s climate change advisors claimed today. In its latest report the Committee on Climate Change found emissions reductions of […] 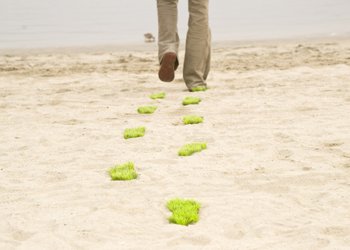 In its latest report the Committee on Climate Change found emissions reductions of around 20% over the last two decades has limited growth in the UK’s carbon footprint.

However despite this the report also estimates the carbon footprint has increased by 10% or more.

The report states: “As a result, the UK is now one of the world’s largest net importers of emissions, with a carbon footprint that is around 80% larger than its production emissions, reflecting the relatively small share of manufacturing in UK GDP.”

It pins the blame on imports as wealthier Brits buy more goods from abroad and the fact manufacturing in other countries has sprung up.

However the report does not suggest the nation’s emissions reductions were down to firms ‘offshoring’ or moving operations abroad because of low-carbon policies like the CRC. Instead, it says, “production emissions fell due to reductions in emissions from power generation and non-CO2 gases (e.g. methane from waste).”

Business groups were quickly on the defensive, advising the Government to remember energy intensive users are at the mercy of climate policy changes.

Rhian Kelly, Director for Business Environment policy at business trade group CBI said: “The Government has the building blocks in place but they must now follow through on their commitments to shield energy-intensive industries from new energy costs beyond this spending period and by providing exemptions from the Electricity Market Reforms.”

Angela Knight, Chief Executive of Energy UK added: “Government policies already account for 9% of a typical household energy bill. As any additional costs are considered, affordability for households and competitiveness for industry must be a priority.”

Environmental group WWF conceded that the impact of policies on energy intensive users “must be taken seriously”, they must be proportionate and “taken on the basis of transparent criteria to avoid the risk of over-compensation seen in countries like Germany.”