Most people might associate E.coli with a bit of bad chicken – but in a few decades it could be known as a fuel. That’s because new research by Exeter […] 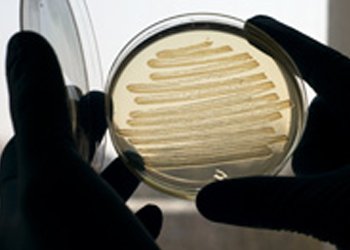 Most people might associate E.coli with a bit of bad chicken – but in a few decades it could be known as a fuel. That’s because new research by Exeter University has shown the bacteria can make diesel on demand.

Produced by special strains of E. coli bacteria, the fuel is almost identical to conventional diesel fuel. Researchers say this means it does not have to be blended with other petroleum products, unlike biodiesels derived from plant oils.

E. coli is used as a catalyst on a large scale already in the pharmaceutical industry, according to the research which was supported by oil firm Shell. Although Exeter’s biodiesel is only made in tiny batches in their lab, they are working to see if there is a way to make it commercial as ‘drop in’ fuel.

‘Drop-in’ fuels are so-called because they can work with current fuel supplies in existing infrastructure, so engines, pipelines and tankers don’t need to be modified.

Professor John Love at the University of Exeter’s Biosciences department said: “Producing a commercial biofuel that can be used without needing to modify vehicles has been the goal of this project from the outset.

“Replacing conventional diesel with a carbon neutral biofuel in commercial volumes would be a tremendous step towards meeting our target of an 80% reduction in greenhouse gas emissions by 2050. Global demand for energy is rising and a fuel that is independent of both global oil price fluctuations and political instability is an increasingly attractive prospect,” he added.