More than one and a half million hydrogen-powered electric cars could be on UK roads by 2030, a new report claims. The UKH2Mobility initiative – which is a partnership of […] 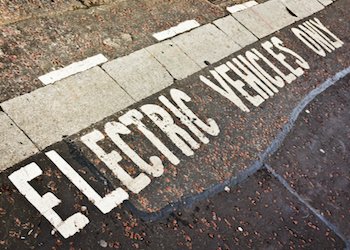 More than one and a half million hydrogen-powered electric cars could be on UK roads by 2030, a new report claims.

The UKH2Mobility initiative – which is a partnership of leading businesses from the automotive, energy, infrastructure and retail sectors within Government – produced the first phase of the report for the introduction of hydrogen-fuel cell electric vehicles (FCEVs) in the country. It also found carbon emissions could be 75% lower for FCEVs compared to diesel vehicles.

Energy Minister Michael Fallon welcomed the report and said: “Securing new economic opportunities for the UK, diversifying our national energy supply and driving down carbon emissions go to the heart of my job in Government. The findings of the report demonstrate hydrogen fuel cell electric vehicles can have a real impact on all three.

“Prompt action is needed to ensure the potential benefits are realised by businesses and consumers in the UK and work on the next phase will start straight away.”

Sainsbury’s has joined the second phase of the project in an effort to cut its environmental impact and reach its targets.

Richard Crampton, Sainsbury’s Head of Fuel said: “We currently have 280 filling stations serving customers throughout the UK and believe that exploring greener fuels today is fundamental to the long-term sustainability of our business… The project is also closely aligned to our own stretching target of reducing our operational carbon emissions by 30% absolute by 2020.”

The Government is investing £400 million to support the development, demonstration and deployment of these vehicles.