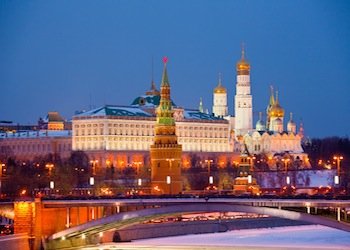 A London-based bank has launched a nationwide lending programme for householders in Russia (pictured) which it claims is the first of its kind to make the nation’s homes more energy efficient.

The $100 million (£64.5m) loan from the European Bank for Reconstruction and Development (EBRD) will be lent through local private banks and aims to help modernise Russia’s ageing housing stock.

Russia needs to spend between 220 billion roubles (£4.6bn) to one trillion roubles (£20.7bn) a year between now and 2035 in order to make its housing energy efficient, the EBRD suggests.

Russia is believed to be one of the world’s most intensive energy users and its residential sector is the second largest energy consumer after industry, accounting for 26% of total energy usage. It uses three times more energy per square metre than housing in EU countries with similar weather conditions, according to the EBRD.

The energy efficiency projects funded by the EBRD in Russia so far – more than €2.2 billion (£1.9bn) since 2006 – is said to have saved nearly nine million tonnes of oil equivalent and cut 17.5 million tonnes of greenhouse gas emissions every year.