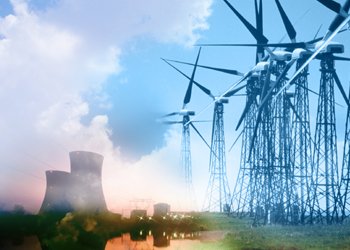 MPs have criticised the Treasury’s plans for building new infrastructure – including power projects – for being “just a list of projects” rather than a “real plan with a strategic vision”.

In a review of the Government’s Infrastructure plan, the Public Accounts Committee suggests it isn’t “convinced” the figures add up, questioning whether a plan which needs £310 billion of investment in infrastructure is “credible given the current economic climate”.

It says there appear to be nearly 200 priority projects and programmes lined up including work on roads, railways, airports, ports and communication systems. It suggests the Treasury tried to hide the scale of these by saying there are only 40 key projects.

Among the projects are power ones such as the Pen y Cymoedd onshore wind farm in Wales which was granted consent in May last year, an extension to Scotland’s Whitelee onshore wind farm to add 217MW worth of capacity and the Carrington gas power station near Manchester where building will kick off later in Autumn.

The Committee’s report goes on to warn about the cost of new projects, stating: “Consumers will bear the brunt of the costs of the projects in the Infrastructure Plan through higher charges but the burden they face has not been quantified.”

MPs also say the Government’s energy officials expressed concern about whether it had enough cash to pay for keeping the lights on.

The report explains: “The rate of investment also needs to be credible taking account of previous spending patterns and the capacity to change them. The Department for Energy and Climate Change told us that it would have to raise the annual rate of investment in energy infrastructure from the £10 billion secured in 2011 if the Government was going to meet the nation’s energy needs.”