An increasing number of people – 82% – in the UK support the use of renewable energy sources to provide the country’s electricity needs. According to new data complied by […] 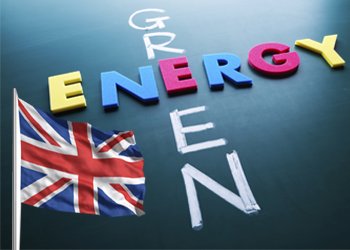 An increasing number of people – 82% – in the UK support the use of renewable energy sources to provide the country’s electricity needs.

According to new data complied by the Government, around three quarters said they support wave, tidal and offshore wind, 85% solar and around two thirds for onshore wind (68%) and biomass (64%). It also revealed support for some low carbon energy sources such as shale gas is at an all time high and concern about rising energy bills also reached the “highest level”, with six in 10 people worried about it.

The fifth Public Attitudes Tracking survey of more than 2,000 people carried out by DECC, which has been running since March last year, suggested there is increased concern about climate change (66%) and security of energy supply. More than three quarters of people are worried about the UK becoming too dependent on energy from other countries and 75% are concerned the UK is not investing fast enough in alternative sources of energy.

The survey also showed 42% of people are interested in joining a collective switching scheme and 16% switched suppliers in the last year.

Energy Secretary Ed Davey said: “The findings from today’s survey show that energy and climate change issues are at the forefront of people’s minds. It comes as no surprise that energy bills are a concern but the increase in collective switching awareness, as more and more people club together to increase their energy buying power, is encouraging.”

Support for nuclear energy in the UK rose to 40% although overall views are split, with 23% opposed and 35% neither supporting nor opposing its use, 81% agreed the UK needs a mix of energy sources to ensure a reliable supply of electricity. Although concern about energy bills are high and 80% said they think about saving energy, the level of “energy wasting behaviours” remained high overall, the report claims.