Twenty two out of 29 states in India failed to meet their renewable energy targets last year, a new report claims. That led to the loss of more than 25% […] 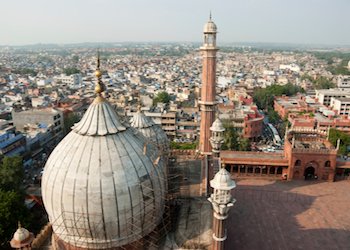 Twenty two out of 29 states in India failed to meet their renewable energy targets last year, a new report claims.

That led to the loss of more than 25% of electricity expected to be generated from renewable sources in 2012, Greenpeace India revealed in its new report.

The environmental group claims that due to the inconsistency, the country registered a deficit of 14,268 million units of electricity.

Abhishek Pratap, Senior Energy Campaigner Greenpeace India said: “This report is an indictment of the whole policy framework around renewables and the dismissive attitude of the government towards it. RPO mechanism could have been a tool to bridge the demand-supply gap in the energy sector across the country. But the toothless mechanism combined with unambitious targets has failed to give any impetus to renewables in India.”

Meghalaya, Nagaland, Uttarakhand, Himachal Pradesh and the southern coastal states of Tamil Nadu and Karnataka outperformed their targets. Delhi (pictured), however, stood out as the worst state as it has no renewable energy in its supply chain. Other states that were at the bottom of the list include Maharashtra, Punjab, Andhra Pradesh and Madhya Pradesh.

Earlier this month Greenpeace India staged a protest outside the Legislative Assembly in Delhi, urging the Government to move from coal-based power to renewable energy sources.