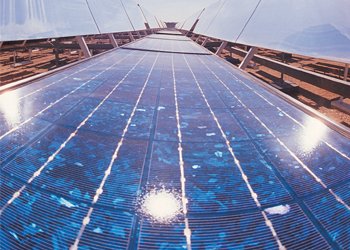 Hackles are raised in solar trade groups around Europe after nine of them sent a tetchy letter to the EU’s Trade Commissioner begging him to stop meddling with Chinese solar panel sellers.

In the letter to Karel De Gucht the trade groups from Italy, Romania, Sweden, Hungary, Poland, Slovakia and the UK express deep concerns about the European Commission’s anti-dumping and anti-subsidy investigations against Chinese solar manufacturers.

The EU is looking into whether Chinese firms are selling solar panels at unfairly low prices. However the groups accuse the EU of being heavy-handed in its approach and claim negative effects are already hitting the industry.

The letter states: “Existing orders have been cancelled, the negotiations of contracts for the construction of new photovoltaic installations have been suspended or even terminated, importers have had to face the request by customs agents to put up guarantees of virtually the full value of the goods.”

This has added to the financial woes of solar panel firms and installers who are coping with subsidies from several EU nations like the UK, Germany and Spain were slashed, suggest the firms.

Paul Barwell, Chief Executive of the Solar Trade Association which penned the letter along with the eight other bodies said: “The current uncertainty is undermining the industry at all levels. The allegations of dumping simply do not stack up but in the meantime we are facing real difficulties. The STA has signed this letter in an effort to bring home to the Commission the strength of the industry’s views and we hope the Commission will take note.”