Rubbish from households in West London which can’t be recycled is set to power a new energy from waste plant. Waste firm SITA UK has won a £900million deal with the […] 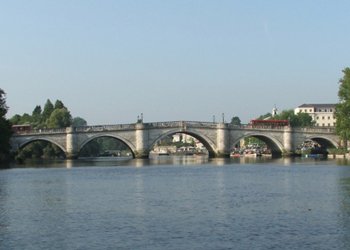 Rubbish from households in West London which can’t be recycled is set to power a new energy from waste plant.

Waste firm SITA UK has won a £900million deal with the West London Waste Authority to manage up to 300,000 tonnes of household waste each year.

The contract is worth £1.6bn as it includes the sale of electricity from the new power plant in Severnside, South Gloucestershire. SITA says the plant will create 53 permanent engineering jobs as well as 200 construction jobs.

Non-recyclable waste collected from more than 1.4 million residents in the West London Boroughs of Brent, Ealing, Harrow, Hillingdon, Hounslow and Richmond-upon-Thames will be transported by rail to the Severnside plant.

Compared to the current waste treatment this will save over 83,000 tonnes of CO2 emissions each year, according to SITA, which is more than two million tonnes over the duration of the contract.

It’s the third major waste contract announced by the firm over the last month, including the building of three new Energy from Waste plants.

David Palmer-Jones, Chief Executive Officer of SITA UK, said: “It is great news for the six boroughs and their residents, knowing that their waste materials will be used to produce energy and avoid landfill.

“Contracts like this make the circular economy a reality and show that environmentally sustainable solutions offer nothing other than business sense – extracting energy and employment from materials which too often are treated as waste,” he added.