A new man will temporarily pick up the lead at energy watchdog Ofgem in June, it was announced today. When chief executive Alistair Buchanan steps down, the regulator’s current Head […] 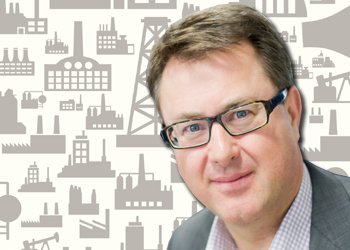 A new man will temporarily pick up the lead at energy watchdog Ofgem in June, it was announced today.

When chief executive Alistair Buchanan steps down, the regulator’s current Head of Markets Andrew Wright (pictured) will take over as interim chief executive from 28 June.

He will have to shepherd the regulator through choppy waters as it introduces a number of reforms including tightening up the electricity market, being stricter with energy firms and pushing forward transparency measure to help consumers. At the same time, it must liaise with the Government on market reforms.

Before that, Mr Wright worked in the energy sector during its privatisation, spending six years with regional electricity company Manweb in a number of management and strategic roles.

He has over 25 years of experience in the gas and electricity sector and is also a member of the Gas and Electricity Markets Authority, which governs Ofgem.

Lord Mogg, Ofgem Chairman said: “Andrew is a highly experienced and professional leader and I am confident of his ability to guide Ofgem after Alistair’s departure. Andrew will be taking charge at an important point as Ofgem’s ground-breaking energy market reforms will start to take effect from this summer and we continue to provide important updates on Britain’s security of supply.”

A decision on the permanent replacement will be taken by the new Chair and Ofgem’s Board. The Secretary of State is currently in the process of recruiting the new Ofgem Chair.