Retailers pledge to cut waste by another million tonnes

Retailers including Aldi, M&S and Waitrose have refreshed their pledge to cut food and drink waste. In the third phase of the Courtauld agreement launched yesterday, 45 firms including all […] 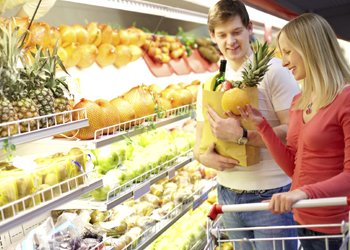 Retailers including Aldi, M&S and Waitrose have refreshed their pledge to cut food and drink waste.

In the third phase of the Courtauld agreement launched yesterday, 45 firms including all major grocery retailers promised to slash another 1.1million tonnes of waste by 2015.

They believe this could ring up £1.6 billion of cost benefits to consumers and industry and cut 2.9million tonnes of carbon dioxide or its equivalent (Mt CO2e), which is the equivalent of permanently taking one million cars off the road.

So far 2.3 million tonnes of waste has been prevented by the Courtauld signatories and consumers during the first two phases of the Commitment.

Under the Courtauld Commitment Phase 3, the firms are aiming to cut household food and drink waste by 5%, which is a 9% reduction in real terms to counter the expected increase in food purchased, as well as cut waste from ingredients, products and packaging in their supply chain by 3%, an 8% real terms reduction to counter expected rises in sales.

They also agree to improve the design of packaging so more of it can be recycled while ensuring this doesn’t mean the carbon impact of packaging rises.

Dr Liz Goodwin, chief executive of the Government’s waste body WRAP which is responsible for the project said: “Courtauld 3 builds on the achievements of Courtauld 1 and 2 by tackling the areas that bring the greatest financial benefits to UK plc and deliver significant reduction in environmental impact. Over the course of the three phases of the agreement, a 20% reduction in UK household food waste is achievable, a deeply impressive outcome.”