The owner of energy supplier British Gas saw a huge boost in profits this year as consumers turned up their heating during the prolonged winter, increasing consumption by almost a […] 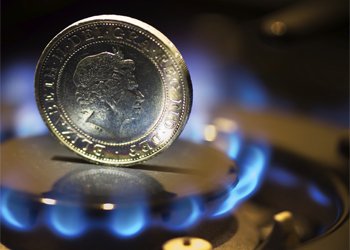 The owner of energy supplier British Gas saw a huge boost in profits this year as consumers turned up their heating during the prolonged winter, increasing consumption by almost a fifth compared to last year.

Centrica, which raised gas and electricity prices in December by 6%, said it would use the profits to prevent any further price increases. The energy giant said it gained 28,000 customers in the first four months this year, which it claims was due to competitive pricing and good customer service.

Householders’ average gas usage was 18% higher in the first four months of 2013 compared to the same period last year, whilst electricity use rose by 3%. .

In a statement, Centrica said: “Recognising the economic pressures facing many of our customers, the Board has determined that any benefit arising from the exceptionally cold weather will be used to maintain our price competitiveness. As a result of this decision, we expect the residential energy supply business to deliver an operating profit for the full year in line with expectations, weighted towards the first half.”

Ann Robinson, Director of Consumer Policy at uSwitch.com welcomed the news as consumers continue to struggle to pay their household energy bills.

She said: “British Gas has recognised the pressure facing customers and is using the financial gain from the extended cold weather to maintain its competitiveness, In plain English, this means that British Gas customers should expect no further increase in prices at least for the foreseeable future.”