The UK Government has aimed to make sure the majority of households (84%) that don’t switch to get the best energy deal will soon be “savvy switchers”. Householders could save […] 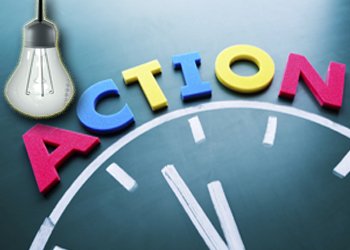 The UK Government has aimed to make sure the majority of households (84%) that don’t switch to get the best energy deal will soon be “savvy switchers”.

Householders could save as much as £158 a year by switching suppliers but only a quarter of homes switched between March 2012 and March this year.

Publishing the response to the discussion document ‘Ensuring a better deal for energy consumers‘, Energy Secretary Ed Davey confirmed the Government would back Ofgem’s market reforms for a “simpler, clearer and fairer” market and give it the powers to take action to protect consumers against poor practice by switching sites.

It has set out plans to ensure customers on uncompetitive tariffs would be automatically moved to their supplier’s cheapest variable rate when their fixed deal ends. Energy suppliers will also have to provide information to customers in a format that would be easily accessible in electronic devices such as a smart phone and make clear to all customers what the cheapest deal is that suits their preference and give them an opportunity to switch.

The Government is also providing £900,000 to set up a new Big Energy Saving Network for advice on switching, tariffs and Government support to help the poorest households.

Mr Davey said: “When consumers are feeling the pinch, it’s not right that 84% of households, including the most vulnerable, are put off switching or engaging in the energy market. Fundamental to overcoming this is Ofgem’s reform of the retail energy market. This will make the market simpler and fairer and we’re using the Energy Bill to make sure these reforms are not delayed or frustrated.

“But we’ve got to do even more to put the best deals on a plate for people. This is why I’m announcing a new network of outreach by trusted organisations to help the most vulnerable in our communities. Trusted experts will provide meaningful, comprehensive advice on getting the best deal and support from government programmes.

“And I’m dragging energy bills into the 21st Century by requiring suppliers to include electronic information that will help millions compare and switch at the swipe of their smart phone. I want to turn the non-switchers into savvy switchers.”

The Which? Big Switch collective switching scheme estimated saving around 37,000 households an average of £223 per year and the first phase of ‘Cornwall Together’ recorded average savings of £133.