Long-awaited draft strike prices for renewable energy are on track to be revealed in July, according to Energy Secretary Ed Davey. The set level of payment will be ‘go-early’ options […] 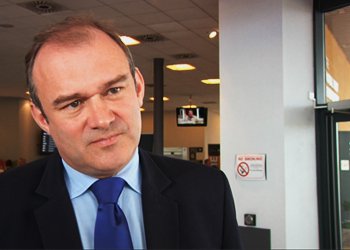 Long-awaited draft strike prices for renewable energy are on track to be revealed in July, according to Energy Secretary Ed Davey.

The set level of payment will be ‘go-early’ options to tempt suppliers and developers to invest in energy sources such as wind, wave and tidal.

When we caught up with him at All Energy in Aberdeen last week, Mr Davey told ELN: “We’re on schedule as we always said we would be, we’re going to publish the draft strike prices for Contracts for Difference for renewables, these are the new long-term contracts to give people stability in their returns… in July. As we always said we would.

“They will be strike prices that people can use if they want to go early with our investment contracts, these are the ‘go-early’ Contracts for Difference which will start, be available from July for negotiation.”

But he said the draft strike prices will be finalised after consultation “for the long-term, enduring regime by the end of this year”.

Earlier this year energy supplier SSE warned the strike price for renewables could be set “too low” in all the fuss over the similar strike price for nuclear power. The draft strike price may give the Government wriggle room if suppliers say it isn’t high enough.

With a touch of anticipation, he added: “People need to prepare to get ready, this is happening, it’s going and I think the excitement I’m seeing, not just at this conference but from actually around the world, global investors are now looking at the UK because we’ve through this through really carefully. We have consulted, we have got industry leaders’ opinion and that actually stands in stark contrast to other markets around the world.”

Conceding the delays have irritated some, the Lib Dem MP went on: “It’s taken a little while and I know that people have been frustrated by that but we are ready to go. The green light is flashing.”