Nearly a quarter of businesses in Scotland have considered cutting staff due to the pressure of rising fuel costs, a new survey revealed. Almost half (45%) of the firms also […] 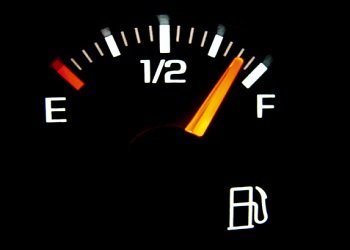 Nearly a quarter of businesses in Scotland have considered cutting staff due to the pressure of rising fuel costs, a new survey revealed.

Almost half (45%) of the firms also said energy costs were the biggest factor affecting them, with a third now using bicycles for business travel.

6% of those surveyed also said they had been forced to lose workers because of increasing petrol prices.

Four in ten of the Scottish firms questioned (41%) said they spend more than £10,000 a year on business travel, with more than a quarter (26%) interested in getting financial support to cut transport costs. 70% of businesses said they have spoken to their staff about the need to cut travel expenses and four in ten have also considered buying electric vehicles, making it the most popular option for saving money on business transport.

Ian Murdoch, Manager for Scottish transport at the Energy Saving Trust (EST), which conducted the survey said: “The findings of this survey show organisations are concerned about transport costs – and that most want to do something to reduce them.

“The economic downturn and rising fuel costs are presenting significant difficulties for Scottish businesses – but help is at hand. Green measures like fuel efficient driving, electric vehicles and even using bicycles can all ease the pressure on strained transport budgets and the Energy Saving Trust can provide advice about all those options. Additionally, the Energy Saving Trust offers a free sustainable transport review which could identify significant opportunities for organisations to reduce the impact of rising travel costs.”

Earlier this year, the EST found businesses could cut their fleet fuel costs by 75% by switching to hybrid or electric vehicles and save around £50 million a year by cutting van loads.