Local communities will be given more powers to stop the development of onshore wind farms but will also be offered greater incentives to host them. The Government has announced new […] 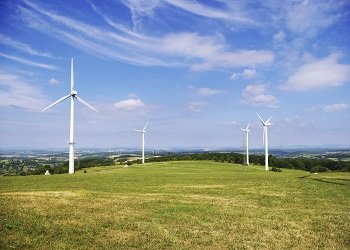 Local communities will be given more powers to stop the development of onshore wind farms but will also be offered greater incentives to host them.

The Government has announced new planning guidance in England to ensure local opposition can override national energy targets and also a five-fold increase in the value of community benefits.

The increase will be from £1,000 per MW of installed capacity per year to £5,000 per MW per year for the lifetime of the wind farm. That means the subsidies will be worth around £100,000 a year from a medium-sized wind farm or up to £400 per year off household energy bills, with the money used for local community projects, reduced bills or handed to residents in cash.

Under the new rules, onshore wind farm developers would have to consult local communities before seeking planning permission and if objected, the process would come to a halt.

Energy Secretary Ed Davey said: “It is important that onshore wind is developed in a way that is truly sustainable – economically, environmentally and socially and today’s announcement will ensure that communities see the windfall from hosting developments near to them, not just the wind farm. We remain committed to the deployment of appropriately sited onshore wind, as a key part of a diverse, low-carbon and secure energy mix and committed to an evidence-based approach to supporting low carbon power.”

The news comes just after the Government announced plans to reject any future EU renewables goal, which has come under criticism from environmental groups.

Onshore wind provided 3% of the UK’s electricity supply in 2011, generating more than 10GWh of renewable energy – enough to power almost 2.5 million homes. There is currently around 6.3GW (4,074 turbines) of onshore wind in operation, 6.7GW (2,857 turbines) awaiting or under construction and 5.7GW (2,995 turbines) in planning, according to DECC statistics.

Green energy supplier Ecotricity said the Government’s “attacks” on onshore wind comes as planning approvals are at an “all time low”.

Founder Dale Vince said: “This is just another Government move against onshore wind dressed up as localism… Planning approval rates plummeted to a historic low of 35% over the last year, half of what they’ve traditionally been

“Will we see the same logic being applied to the new generation of gas plants and nuclear power stations? How about the third runway at Heathrow, waste incinerators, new roads or is it only wind power. This is a slippery slope. Let’s not forget that we will all benefit from lower energy bills in the long term by investing in wind power and weaning ourselves off imported fossil fuels.”

RenewableUK said the although the new guidance would help “shape the way” the industry engages with local communities more closely, it could, however, also drive away wind developers due to the costs.

Chief Executive Maria McCaffery said: “Developing wind farms requires a significant amount of investment to be made upfront. Adding to this cost, by following the Government’s advice that we should pay substantially more into community funds for future projects, will unfortunately make some planned wind energy developments uneconomic in England, so they will not go ahead and that is very disappointing.”