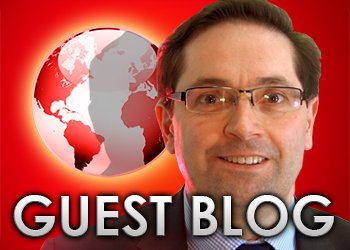 You may find it hard to believe given the intense scrutiny energy firms get from the press – but when I and the chief executives of seven other leading European energy companies sent a letter to EU leaders on 21 May calling for a revitalised energy policy, there was little media frenzy.

Yet our letter is remarkable for its stark message about the urgency of the situation and the call for a co-ordinated approach to capacity mechanisms across Europe. In other words, we need action – and sharpish.

Why should a supplier be concerned?

That may seem strange for companies historically operating in liberalised markets. RWE npower has been the largest investor in new gas fired generation over recent years and we’ve built two of the most efficient power stations in Europe, at Staythorpe and Pembroke, based on that market. But there’s little point dwelling on how it used to be.

The reality is that much of the coal plant which ran last year is closing and there is little investment currently underway in new plant. Taken alongside the rise of intermittent renewables, this will fundamentally change the UK market.

The Government has recognised something needs to be done to address the capacity issue sooner rather than later – it’s no good reacting after power stations have closed and more plant may well exit the market given the current outlook. An early decision can give certainty before more existing plant is withdrawn or mothballed.

One of the most effective ways of avoiding this outcome is to give reassurance that the Energy Bill will set up a new capacity mechanism. Crucially the design of this capacity mechanism should be non-discriminatory.

It is extremely important that the design is right – as a poor design will undermine its effectiveness. The design must pass the very simple test of whether it produces capacity at the lowest price to consumers, as they will ultimately bear the cost.

Any capacity mechanism needs to clear prices at the lowest possible level and so it needs to be non-discriminatory, to enable all plant regardless of fuel type and age to bid in on an equivalent basis.

Existing plant can contribute to security of supply more economically than new construction, particularly where it is needed to operate as back up for the variable output of renewables. A discriminatory capacity mechanism would just drive up the cost.

What to do? Act ASAP

The UK consumer and industry above all need to have certainty that the lights are going to stay on. The lack of new investment coming on stream, the current poor economic outlook for existing plant and the higher percentage of intermittent supply mean that we sorely need a capacity mechanism.

This has been proposed in the Energy Bill – a decision is needed soon on its introduction and design to avoid further uncertainty and risk.