Millions of people could be missing out on better energy deals because they’re put off from switching, it was claimed today. Research by trade body Energy UK suggests persistent common […] 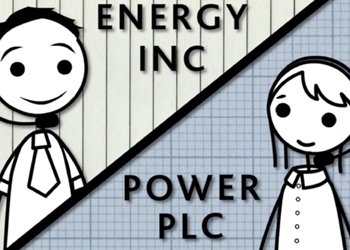 Millions of people could be missing out on better energy deals because they’re put off from switching, it was claimed today. Research by trade body Energy UK suggests persistent common myths stop people from changing energy providers.

Out of the madcap myths, almost a fifth of people thought suppliers needed access to their home (16%), one in fifteen (7%) believed energy suppliers would dig up their garden while more than half of respondents (59%) thought it was impossible to switch if they owed their current supplier money. Energy UK says that in reality, prepayment meter customers can transfer up to £500 per fuel.

In contrast the survey showed how popular switching could be, with nearly four out of five people saying they would shift to save money (79%). To encourage shopping around, Energy UK has created a short animated film to try and dispel any misconceptions about switching.

Angela Knight, Chief Executive of the trade group which represents suppliers and transmission firms said: “Energy UK’s new ‘simple to switch’ film will explode some of the common myths, answer some of the most common doubts about switching and help encourage more people to consider checking out the deals that are best for them.”