Conservative MP Tim Yeo is temporarily resigning as chair of Parliament’s energy committee following allegations he was willing to take cash in exchange for his influence in government. In a […] 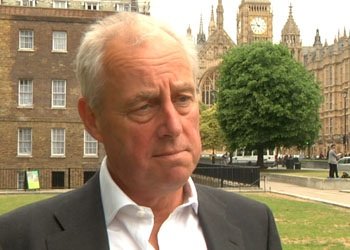 Conservative MP Tim Yeo is temporarily resigning as chair of Parliament’s energy committee following allegations he was willing to take cash in exchange for his influence in government.

In a sting by two undercover reporters from The Sunday Times posing as employees of a solar firm, it is claimed Yeo said he could use his contacts in their favour and that he “coached” a businessman due to appear before his committee.

However Mr Yeo has firmly denied the claims and referred himself to parliament’s anti-sleaze Commissioner.

This morning he will meet privately with the energy committee to discuss who will take over while he has stepped aside. A spokesperson from his office said this is still unclear.

They told ELN: “It will be discussed in the morning when he has a private meeting with the Committee. Technically it’s supposed to be a Conservative but we’ll have to wait until the morning until we know for sure.”

In a statement he said he is stepping down from the energy committee “solely” to ensure its smooth running during the next few weeks.

He goes on to say he is awaiting the outcome of the Commissioner’s investigation “with confidence” and “absolutely and unreservedly deny the allegation that I coached a witness with whom I have a business connection before that person gave evidence to the Committee”.

Downing Street would not comment on whether the Prime Minister is backing the Conservative backbencher with a spokesperson adding: “We’ve said clearly this is a matter for the House [of Commons].”

There has been a recent crackdown on MPs abusing their positions for favours. A week ago Tory MP Patrick Mercer resigned from the party following another sting. The former whip had asked questions about Fiji in the Commons after meeting with journalists claiming to be from a fake Fijian business.