The Big Six energy suppliers will have to reveal the prices they buy and sell wholesale electricity under new plans from Ofgem released today. Fears of energy price manipulation were […] 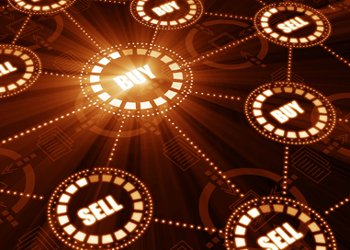 The Big Six energy suppliers will have to reveal the prices they buy and sell wholesale electricity under new plans from Ofgem released today.

Fears of energy price manipulation were prompted earlier this year when a whistleblower flagged up strange behaviour in wholesale buying market. It gave extra heat to plans for reforming the energy retail sector.

Now the energy regulator has published the final proposals it says will give independent energy suppliers a “more level playing field” to compete against their larger rivals.

Under the new licence conditions, the bigger suppliers will have to post the prices at which they buy and sell wholesale electricity on power trading platforms up to two years in advance.

They will be obliged to trade at these prices, says Ofgem, which believes this will give independent suppliers and generators “far more” opportunities to buy and sell the power they need to compete effectively.

Ofgem will have powers to fine suppliers who don’t toe the line.

Andrew Wright, Senior Partner for Markets at Ofgem said: “Our aim is to improve consumer confidence and choice by putting strong pressure on prices through increased competition in the energy market. Ofgem’s proposals will break the stranglehold of the big six in the retail market”.

Energy Secretary Ed Davey said he wanted energy companies to work with Ofgem in bringing the changes in “as swiftly as possible”.

He warned: “Government stands ready to use the Energy Bill to take necessary measures to improve energy market liquidity should Ofgem’s proposals be delayed or frustrated”.