Smaller suppliers won’t need as much cash in the bank

Smaller energy suppliers won’t have to keep as much money in the bank when they buy electricity from Big Six generators, under new proposals from Ofgem. New rules set by […] 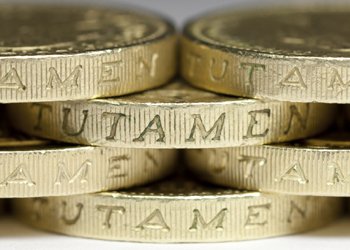 Smaller energy suppliers won’t have to keep as much money in the bank when they buy electricity from Big Six generators, under new proposals from Ofgem.

New rules set by the energy regulator are meant to give smaller suppliers a bigger toe-hold in the retail market.

Up until now the larger firms have demanded large “cash collateral requirements” from their smaller rivals, according to a green energy supplier which was founded ten years ago.

Last year its chief executive Juliet Davenport trumpeted the role of the so-called Challenger Seven suppliers snapping at the heels of the UK’s biggest energy companies.

Now firms like hers are being given a helping hand by Ofgem’s new rules. She told ELN: “Generally we welcome it, anything which helps the market towards more liquidity and for other suppliers to get access.”

Ed Gill, Head of Public Affairs at Good Energy added now that firms like his don’t need to have such large reserves, it will free up cash to invest in new projects.

He said: “Going forward the big suppliers when in conversation about buying power, they’ll have to judge suppliers on their own merit. More industry suppliers will be judged on a case by case basis.”

If a small supplier runs power projects already this may make them seem less of a “risk”, he suggested: “If they’re viewed as having generator assets already, for example a small power station, the requirement they put on you for reserves, cash in the bank, may be lower.”

He welcomed the news Ofgem will “monitor and enforce that” as it means suppliers will “get a fairer chance to buy energy”.