Labour ‘will include energy decarbonisation target’ in manifesto

The Labour Party would include a commitment to decarbonise the power sector by 2030 in its next manifesto, the Shadow Energy Minister has declared. His comments come after beleaguered Conservative […] 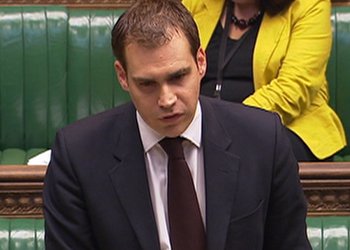 The Labour Party would include a commitment to decarbonise the power sector by 2030 in its next manifesto, the Shadow Energy Minister has declared.

His comments come after beleaguered Conservative MP Tim Yeo’s attempt to get the Government to promise to set such a target by 2014 in the Energy Bill last week failed.

There have been fears the Government might wriggle out of concrete targets to cut carbon in the power sector.

“I can announce that that if we don’t get that target set in the Energy Bill, it will be in Labour’s manifesto for the next General Election”.

RenewableUK’s Chief Executive Maria McCaffery welcomed the commitment: “RenewableUK hopes that all political parties will appreciate the necessity for this, so that a cross-party consensus can be reached swiftly to set a 2030 decarbonisation target. This would send a strong signal to the wind, wave and tidal energy industries, and crucially to investors, to press ahead with projects as a matter of priority”.