Sainsbury’s has announced it has achieved its target of sending none of its waste to landfill, three years after it set its goal. The supermarket chain started sending all of […] 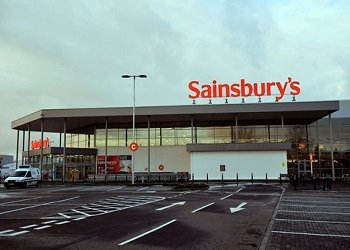 Sainsbury’s has announced it has achieved its target of sending none of its waste to landfill, three years after it set its goal.

The supermarket chain started sending all of its food waste to turn into power through anaerobic digestion in 2011 and claims that all its general waste is now recycled.

Sainsbury’s claims to be the UK’s largest retail user of anaerobic digestion, generating enough energy to power around 2,500 homes. The man in charge believes the landfill target is an important step in its journey.

Justin King, Sainsbury’s Chief Executive said: “We’re very proud of hitting our target for zero waste to landfill which we set three years ago. We know times are tough for many customers but they still rightly expect Sainsbury’s to lead the way on the things that will always matter to all of us including caring for our environment.”

The news follows the supermarket giant’s recent achievement of cutting water usage by 50%.

In its 20×20 Sustainability Plan, Sainsbury’s has aimed to cut operational carbon emissions by 30% compared to 2005 levels. It has teamed up with waste prevention agency WRAP to cut its carbon impact of household food waste.

It also set out plans last year to power 100 of its stores with underground renewable heat as part of its efforts to cut carbon emissions by 2020.