Solar panels ‘on every commercial rooftop by 2018’

Almost every commercial rooftop in the UK could have solar panels installed within the next five years. That’s according to the Business Development Director of a renewable energy firm, who […] 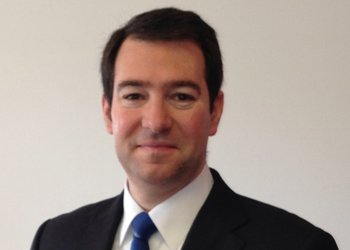 Almost every commercial rooftop in the UK could have solar panels installed within the next five years.

That’s according to the Business Development Director of a renewable energy firm, who claims it is “inevitable” that firms in the UK will soon realise the economic benefits of solar.

Mariano Costa (pictured) from Scotland-based Renewable Resources said: “Solar PV in the future will be a common reality. From an economic standpoint alone solar will be the most affordable form of power in large parts of the world within a few years. Couple that with the environmental benefits and the associated corporate social responsibility kudos and the switch to solar will be a no-brainer.

“A crucial factor also is the UK’s energy security which solar can ensure as domestic fossil fuels decline. I am convinced that solar PV will be on virtually every commercial roof in the UK by 2018.”

He added solar is “almost at the point” where it can compete on a level playing field with conventional energy.

Last month a new report revealed London is lagging behind on solar installations compared to other parts of the country.