US and Czech Republic’s joint nuclear centre in Prague

The US has joined forces with the Czech Republic and signed an agreement for a joint civil nuclear co-operation centre in Prague. It will facilitate joint programmes and support regional […] 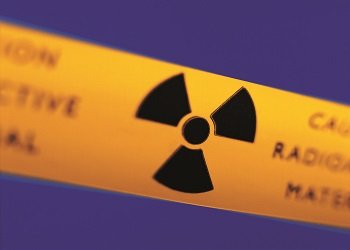 The US has joined forces with the Czech Republic and signed an agreement for a joint civil nuclear co-operation centre in Prague.

It will facilitate joint programmes and support regional initiatives in the fields of nuclear energy and security and is part of the nations’ plans in expanding their energy collaboration.

The news follows US President Barack Obama’s “Prague Vision” set out in 2009 when he laid out a nuclear agenda, including his commitment to the safe, secure and peaceful use of nuclear power around the world. He called for a new framework for peaceful nuclear co-operation so countries that “play by the rules” can get access to nuclear energy to meet demand for low carbon electricity.

The US has pledged $500,000 (£319,476) in funding via contributions to the International Atomic Energy Agency’s (IAEA) Peaceful Uses Initiative for regional activities to be performed in collaboration with the Centre, including R&D workshops, seminars, training activities and academic exchanges.

Daniel Poneman, US Deputy Secretary of Energy said: “Given the breadth and depth of civil nuclear energy and nuclear security cooperation between our two countries, the United States and Czech Republic have agreed to jointly establish this Center in Prague and dedicate it to strengthening our collaboration in these areas.

“The Center will serve as a catalyst for our brightest scientists and researchers from our universities, national laboratories and private sectors to work together on advanced nuclear energy, nuclear security and non-proliferation technologies.”

The US and Czech Republic also signed a joint declaration expanding co-operation in civil nuclear energy research and development in 2010.