Nuclear waste disposal firm Sellafield has been slapped with a £700,000 fine for sending several bags of radioactive waste to a landfill site in Cumbria. The firm was also ordered […] 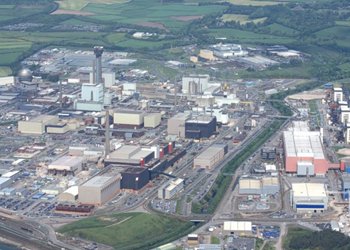 Nuclear waste disposal firm Sellafield has been slapped with a £700,000 fine for sending several bags of radioactive waste to a landfill site in Cumbria.

The firm was also ordered to pay £72,635 in costs at Carlisle Crown Court on Friday for the error. The UK’s environment regulator said the firm fell “well short” of the high standards expected.

Sellafield found the error was caused by the wrong configuration of a new monitor which passed the bags as ‘general’ waste making them exempt from strict disposal controls, said the Office for Nuclear Regulation (ONR).

Ian Parker, Nuclear Regulation Manager for the Environment Agency said: “While this incident did not lead to any significant harm being caused to the public or to the environment, the failings by Sellafield Ltd that led to the incident were serious and we consider that on this occasion, Sellafield Limited fell well short of the high standards which we expect from them.”

Sellafield expressed “regret” over the incident, stating that there were no environmental implications and the maximum potential dose to members of staff at the Lillyhall site was “significantly less” than we get from “normal background radiation”.

The firm added in a statement: “Following the event, before waste operations were re-introduced on the site additional monitoring measures were put in place to prevent an incident of this type happening again.”