The entries flooded in, the votes were cast and now it’s finally done – the TELCA judges have made their final decision on the winner of Best Consultancy of the […] 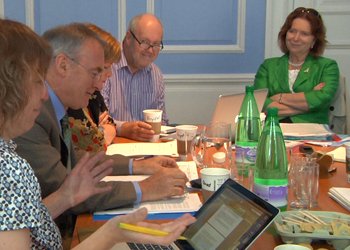 The entries flooded in, the votes were cast and now it’s finally done – the TELCA judges have made their final decision on the winner of Best Consultancy of the Year for I&C and SME energy customers.

The top independent judging panel met to sift through the shortlisted entries and tussle over who they felt most deserved the accolade – and there may be one or two surprises.

The top secret decision will be kept under wraps until the awards ceremony at the London Film Museum in two weeks’ time.

Consultancies for the I&C and SME Best Consultancy categories were shortlisted after a public vote by UK business energy users – and the judges say there was at first disagreement about who to give the top gongs to.

Janet Wood, journalist and editor of New Power magazine said: “It’s very important to the judges to make sure that the right people win, We had a good discussion and we had some quite mixed opinions on some of the entries but we came to robust conclusions that we were all happy with.”

Angela Knight, Chief Executive of industry trade body Energy UK said: “We’ve actually had a very good discussion, a lot of applications, a lot of content. I enjoyed the discussion and everybody had a different piece to bring to the table.”

Mervyn Bowden, chair of the judging panel said: “We set out right from the start to ensure that the judges were independent in the process, the public voting has contributed very constructively and overall I’ve been very satisfied with the robustness of the process.”