British consultancy the Energy Services Partnership (ESP) has been taken under the wing of Ameresco, an American energy efficiency and management advisory group. The risk management firm was bought for […] 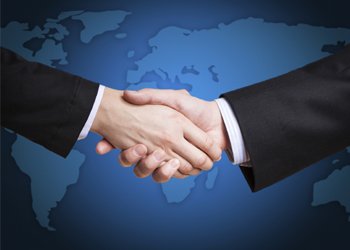 British consultancy the Energy Services Partnership (ESP) has been taken under the wing of Ameresco, an American energy efficiency and management advisory group.

The risk management firm was bought for an undisclosed amount in a deal described as a “very exciting development in the growth of ESP’s business” by its chief executive Derek Dixon.

He said: “This acquisition also provides a great opportunity for our customers to benefit from the additional services and resources offered by Ameresco, a leading provider of energy efficiency and renewable energy services.”

George P. Sakellaris, president and chief executive officer of Ameresco said: “ESP is an exciting addition to the Ameresco family and will expand our enterprise energy management services to help support our multi-national customers that have additional requirements in the United Kingdom.”

ESP which is based in Castleford, West Yorkshire was founded in 2002 and incorporated seven years later. Its new US owner was founded in 2000 and has 66 offices in 34 American states and five Canadian provinces. Ameresco recently won a $5.7million (£3.6m) contract with a Massachusetts housing authority to upgrade its apartments with energy efficient kit.