Thousands of protesters took to the streets across Indonesia earlier this week against the Government’s plans to increase fuel prices in the country. Reports claim the protesters clashed with police […] 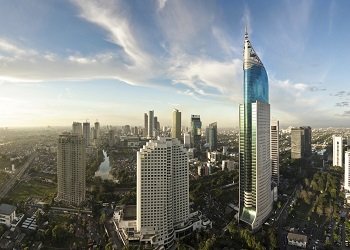 Thousands of protesters took to the streets across Indonesia earlier this week against the Government’s plans to increase fuel prices in the country.

Reports claim the protesters clashed with police outside the national parliament in the capital city of Jakarta (pictured) on Monday after Ministers voted in favour of a revised budget for a rise in fuel prices – believed to be the first since 2008.

The price is expected to increase by around 33% after MPs voted 338 to 181 in favour of the budget following more than 10 hours of debate, according to reports. Fuel poor households, however, could receive $15 (£9.6) a month each for the next four months to offset the impact of the fuel hike.

More than 80 were reported to be arrested while demonstrations turned violent as the protestors clashed with Indonesian security forces. Demonstrators are believed to have thrown fireworks, rocks and bottles at security forces who responded with tear gas and armed police vehicles fired water cannons. Many of the protesters had their faces covered and were waving banners that read “Reject the fuel price rise” and “Hang SBY” – referring to President Susilo Bambang Yudhoyono.

Reports claim around 19,000 police and military personnel were deployed across Jakarta.