MEPs back “sweeping” ban on F-gases in chillers and aircon

MEPs on the European Parliament’s Environment Committee yesterday backed a “sweeping” ban on a type of gas used in fridges and air-conditioning. The draft legislation outlawing “climate-unfriendly” fluorinated gases in […] 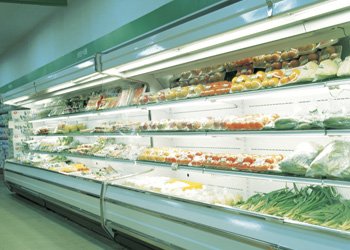 MEPs on the European Parliament’s Environment Committee yesterday backed a “sweeping” ban on a type of gas used in fridges and air-conditioning.

The draft legislation outlawing “climate-unfriendly” fluorinated gases in new appliances by 2020 was adopted by 48 votes to 19, with one abstention. Overall use of hydrofluorocarbon (HFC) greenhouse gases should be slashed 84% by 2030, MEPs said.

Under the draft rules, businesses which use the banned F-gases would be charged a fee of up to 10 euros per tonne of CO2.

The legislation targets another set of fluorinated gases after chlorofluorocarbons (CFCs) were banned in the 1980s to stop depletion of the ozone layer. “F-gases” can have a greenhouse warming effect thousands of times stronger than equivalent amounts of CO2.

Their vote means the legislation will be put forward to the European Council for members to discuss in the summer.

However one European trade body complained the proposed ban “asks for the impossible”, would come in too fast and be expensive for businesses.

Andrea Voigt at EPEE, the voice of the heating, cooling and refrigeration industry in Europe said: “We are very disappointed that the Environment Committee has chosen the course of command and control politics with the highest price tag that Europeans will have to pay for.”

She said the industry has already supported an “ambitious” climate change law to radically reduce F-gas emissions by 65% by 2030.