Natural gas growth to slow in next five years 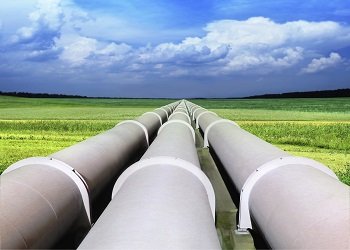 Natural gas growth for power generation will slow in the next five years due to a decrease in EU demand and difficulties in production growth in the Middle East and Africa.

In its Medium-Term Gas Market Report, the International Energy Agency (IEA) said global usage of the fuel is expected to grow at 2.4% a year until 2018, lower than its 2.7% forecast last year.

Gas consumption in Europe fell 1.6% in 2012 following the region’s second recession and a 16% drop in carbon prices that encouraged power production from coal instead of gas. Exports from the Middle East also declined amid a fall in demand – especially in the power sector.

However, the report suggests gas could emerge as a significant transportation fuel due to abundant shale gas in the US and with stricter environmental policies, i.e. the need for less-polluting fuel in China. The fuel is also expected to slow oil demand growth than electric vehicles and biofuels combined.

Maria van der Hoeven, IEA’s Executive Director said: “Even though we have revised our growth estimates downwards, the ‘Golden Age’ of gas remains in full swing. Gas is already a major fuel in power generation but the next five years will also see it emerging as a significant transportation fuel, driven by abundant supplies as well as concerns about oil dependency and air pollution. Once the infrastructure barriers are tackled, natural gas has significant potential for clean-energy use in heavy-duty transport where electrification is not possible.”

Total gas demand across the globe is expected to rise to nearly 4,000 billion cubic metres (bcm) in 2018 from 3,427 bcm last year, with China accounting for 30% of the growth.