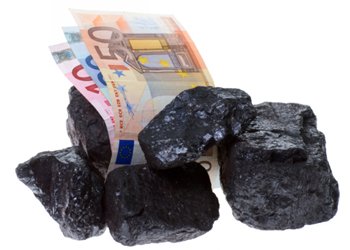 Beleaguered plans to postpone or “backload” carbon allowances under the EU’s Emissions Trading Scheme have been given a boost after MEPs on the EU’s environment committee voted for them a second time.

The EU ETS is meant to push businesses towards cutting their emissions by putting a cost on the carbon they emit but allowances have plunged in price from €30 to below €5 a tonne.

The EU parliament narrowly rejected the back-loading proposals in April meant to boost this low price but this week’s vote gives back-loading another chance.

The European Environment, Public Health and Food Safety (ENVI) Committee’s proposals would delay the auction of 900 million allowances for carbon emissions from 2013-2015 until 2019-2020.

Matthias Groote of the ENVI committee who is steering the legislation through the EU Parliament said: “We now have broader support for a solution that will allow the ETS to fulfil its purpose and support innovation to tackle climate change. I believe the full Parliament will endorse our proposals and let us start negotiations with EU ministers as soon as possible.”

Dirk Forrister, President & chief executive of IETA which represents the business community’s views on the carbon markets said the “compromise text” amongst the largest political groups is “an important first-step” ahead of the vote by all MEPs in a couple of weeks.

Markus Rauramo, CFO at Finnish energy firm Fortum said he hoped the Parliament and the Council can finalise the decision “rapidly”, adding: “Almost all market-based energy investments are currently on hold in Europe because of the uncertainty regarding the future climate and energy policy frameworks.”

The new text is to be put to a plenary vote on July 3 in Strasbourg.