The cost of closing and clearing up Britain’s old power stations could go up by billions of pounds. The Nuclear Decommissioning Authority released its annual report yesterday which included predictions […] 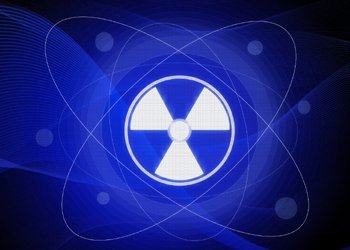 The cost of closing and clearing up Britain’s old power stations could go up by billions of pounds.

The Nuclear Decommissioning Authority released its annual report yesterday which included predictions for spending on the decommissioning over the next century, known as the “Nuclear Provision”.

The NDA is tasked by the Government to run the clean-up of old plants like Sellafield in Cumbria and Dounreay in Scotland, at a total of 19 nuclear sites.

In its report, the organisation emphasises costs are being trimmed while chief executive John Clarke said lifetime costs – which the NDA defines as everything needed to completely decommission a site including making it ready for future use – are “reducing”.

Mr Clarke said: “When looking at the overall costs of the clean-up programme over the next 120 years or so, we see a continuation of recent trends whereby life time costs are reducing in all parts of our estate with the exception of Sellafield, where some significant uncertainties remain. The net result is that the undiscounted figure for the long term clean-up programme is relatively stable.”

However the NDA’s report states the estimated Nuclear Provision “has increased” from £52.9billion last year to £58.9billion this year. That’s despite £700million savings at the Magnox power plant site and £2.4billion of work performed in the estate.

This could potentially go up in future, as it adds later: “The estimated increase in the provision value from a zero long term rate is approximately £50 billion”.

Most of the rise in expected cost is because of a “changing picture” at Sellafield, a spokesman told ELN, as the NDA gets a “greater understanding” of the costs at the site.

The NDA’s report follows on from a review of its work by the National Audit Office (NAO) last December. The NAO found the Authority achieved an “important milestone” in May 2011 when it approved a “more robust lifetime plan” for the clean-up of Sellafield site by 2120, which the NAO said replaced a previous unrealistic plan.

However the NAO also found “significant uncertainties and scheduling risks remain”, including how long and expensive it will be to finish facilities for treating and storing highly radioactive material currently held in deteriorating legacy ponds and silos.