The Government could face an uphill struggle on reining in the nation’s carbon emissions in future, the Committee on Climate Change (CCC) suggested today. The UK is obliged under the […] 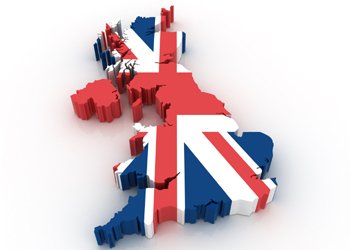 The Government could face an uphill struggle on reining in the nation’s carbon emissions in future, the Committee on Climate Change (CCC) suggested today.

The UK is obliged under the Climate Change Act to cut emissions by 80% by 2050 and a series of “carbon budgets” setting out ways to achieve this have been set by the Government. The CCC was set up as an advisory body after the 2008 Climate Change Act.

The Committee’s latest report to Parliament on how well the UK is doing to stay in line with carbon budgets finds there has been “good progress” in some measures such as loft and cavity wall insulation, boiler replacement and investment in renewable power generation.

The waste sector has also cut its emissions finds the report but other areas such as low carbon heat and Carbon Capture and Storage need much more attention.

The CCC states: “We are not currently on track to meet the third and fourth carbon budgets. Without a significant increase in the pace of emissions reduction, starting very soon, the costs and risks of moving to a low carbon economy in the 2020s and beyond will be increased.”

The Government’s climate advisors also lay out a warning of “significant challenges” ahead.

David Kennedy, Chief Executive of the CCC said: “Although the first carbon budget has been comfortably achieved and the second budget is likely to be achieved, this is largely due to the impact of the economic downturn.

“There remains a very significant challenge delivering the 3% annual emissions reduction required to meet the third and fourth carbon budgets, particularly as the economy returns to growth. Government action is required over the next two years to develop and implement new policies. A failure to do this would raise the costs and risks associated with moving to a low-carbon economy.”

However he seemed to counter the CCC’s warning the UK could miss its third carbon budget targets, stating: “That is why we are on course to overachieve against the first three carbon budgets, taking us to 2022.”

Environmentalists said signs the Government is looking to water down the fourth carbon budget are “extremely worrying”.

Nick Molho, head of climate and energy policy at WWF-UK said: “As the Committee so rightly says, dragging our heels over shifting to the low-carbon economy simply means that the costs of reducing emissions will ultimately become higher and the economic benefits smaller. It is a ‘lose, lose’ approach.”

Charlotte Morton, chief executive of ADBA, the trade body for biogas and renewable heat said: “The government needs to build on the progress which we have seen by providing long term certainty on renewable energy support, including through a 2030 power sector decarbonisation target.”