Power generated through renewable energy sources worldwide could overtake gas in the next five years – making it the second largest power source after coal. That’s the prediction from the […] 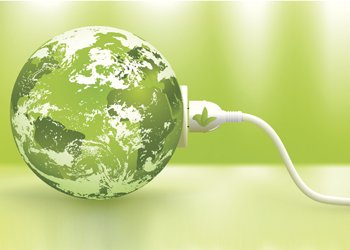 Power generated through renewable energy sources worldwide could overtake gas in the next five years – making it the second largest power source after coal.

That’s the prediction from the International Energy Agency (IEA), whose new report suggests renewables are now the fastest growing power generation sector and could make up almost a quarter of the global power mix by 2018 – up from 20% in 2011.

Renewable power is expected to increase by 40% in the next five years and the share of non-hydro sources such as wind, solar, bioenergy and geothermal could double, reaching 8% by 2018 – up from 4% in 2011 and 2% in 2006. Biofuels output is expected to account for nearly 4% of global oil demand for road transport in 2018 – up from 3% last year.

Maria van der Hoeven, IEA’s Executive Director said: “As their costs continue to fall, renewable power sources are increasingly standing on their own merits versus new fossil-fuel generation. This is good news for a global energy system that needs to become cleaner and more diversified, but it should not be an excuse for Government complacency, especially among OECD countries.”

She said: “Many renewables no longer require high economic incentives but they do still need long-term policies that provide a predictable and reliable market and regulatory framework compatible with societal goals. And worldwide subsidies for fossil fuels remain six times higher than economic incentives for renewables.”

Led by China, non-OECD countries are expected to account for two-thirds of the global increase in renewable power generation between now and 2018.

A recent report suggested a recent survey, three in four Brits believe renewable energy will be important to the global economy in the future.