Well after nine months of planning last night we held the inaugural  Energy Live Consultancy Awards and I can honestly say we were staggered at the positive response. The team […] 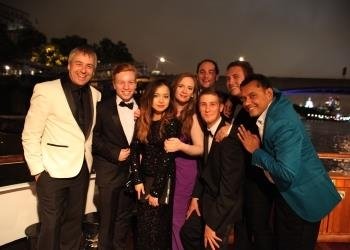 Well after nine months of planning last night we held the inaugural  Energy Live Consultancy Awards and I can honestly say we were staggered at the positive response.

The team at ELN towers (pictured) had put in lots of hard work for months organising the event, coming up with interesting visuals and videos and putting together an awards ceremony and after show dinner and party on the stylish Silver Sturgeon cruising the Thames. Yet none of this would have mattered if the energy industry didn’t turn up but they did and in some style!

We had more than 400 people from both the consultancy sector and suppliers all ready to enjoy a night dedicated to the TPI sector and after a cracking awards show and party so many today have tweeted, texted and emailed us to say how much they enjoyed the event and more importantly how it did something we always hoped it would, set a gold standard for the consultancy sector.

These awards were judged independently and not influenced in any way by the ELN team and there were definitely some surprises in terms of winners but that’s what we wanted. All the finalists did very well to get onto the list in the first place but they were judged by our independent panel on their entries and the way they answered the questions set.

With four companies winning two awards each it was clear some had struck on a winning formula. During the night many people asked me why they hadn’t won? I answered simply that they were chosen by the independent judges on what they had said and the evidence produced and one of the most important factors was clarity.

Clarity of thought, presentation, pricing and communication. We really hope TELCA has started the conversation in getting more clarity in the TPI sector because unless companies have clarity they leave customers confused and unhappy.

We are really proud that our awards have proved such a hit and now the journey is set to get one of the most important sectors in the energy world the recognition they truly deserve. Roll on TELCA night 2014!