The Government has revealed the strike prices to be paid to suppliers for generating renewable energy a month before it was expected to. A big chunk of cash was also […] 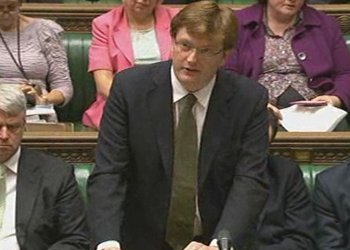 The Government has revealed the strike prices to be paid to suppliers for generating renewable energy a month before it was expected to.

A big chunk of cash was also put on the table for the Green Investment Bank, the UK’s new lending body for renewable power and efficiency projects.

Announcing the new capacity payments Danny Alexander, the Economic Secretary to the Treasury declared the process would be set “at the level we need” to get enough investment “but not a penny higher”.

He told the Commons on Thursday: “We were planning to set strike prices next month, but we have been able to make faster progress so, today, I can announce that we are publishing the prices for renewable generation ahead of schedule.

He announced the new regime to make sure energy generating capacity is available at short notice to meet “spikes in demand” will begin next year, with auctions held in 2014 for generators to bid to provide back up in winter 2018.

Prices have been set for renewable technology including onshore and offshore wind, tidal, wave biomass and solar.

The Lib Dem MP said: “The prices are broadly similar to those we would have to pay under the renewables obligation… As these technologies develop, costs will fall, so we will reduce the price too. For instance, next year we will guarantee generators £155 per megawatt hour of offshore wind. By 2018 this will fall to £135.

“We expect our reforms to bring forward 8GW to 16 GW of offshore wind capacity. Industry asked for certainty; we have given it. Now industry needs to get on with it,” he added.

On top of the £3 billion used to kickstart the Green Investment Bank, Mr Alexander revealed another £800 million to go towards it.

Speaking ahead of his Lib Dem colleague’s statement yesterday, the Energy Secretary Ed Davey said the capacity market itself will have a “limited impact” on bills which could cost households “as little as 30p a week”.

He described it as “a small price to pay” for protection against power cuts.