New initiative could save NHS £35m on energy bills

The NHS could save as much as £35 million on its energy bills through a new behaviour change initiative. Called Operation TLC, the “nudge” project encourages nurses, doctors and hospital […] 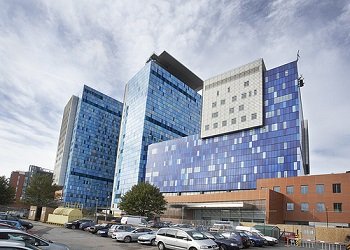 The NHS could save as much as £35 million on its energy bills through a new behaviour change initiative.

Barts Health, the largest NHS Trust in the UK claims it saved more than £100,000 on its energy bills and cut 800 tonnes of carbon in a year through the initiative in five buildings across two sites and estimated that rolling the programme out across the whole Trust could save a further £400,000.

If rolled out across all heath trusts in the UK, it expects the NHS to save a staggering £35 million out of the combined total energy bill estimated at £700 million so far.

Trewin Restorick, CEO of Global Action Plan said: “Sometimes getting people to do simple things can be a complex task, especially in the NHS where focus is rightly on patient care and not light bulbs. But this programme demonstrates that with the right expertise and the right combination of techniques, you can run a cost-effective programme that saves energy and adds benefit for patients and staff. Sustainability programmes can contribute to an organisation’s core objectives.”