ScottishPower Energy Networks (SPEN) is seeking approval for plans to invest £5.2 billion between 2015 and 2023 in its electricity distribution network. The multi-billion pound investment will renew and maintain […] 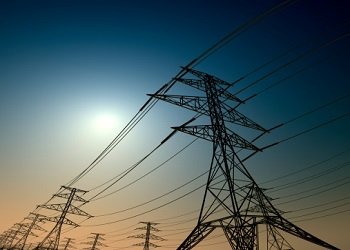 ScottishPower Energy Networks (SPEN) is seeking approval for plans to invest £5.2 billion between 2015 and 2023 in its electricity distribution network.

The multi-billion pound investment will renew and maintain the cables and substations that keep the lights on for more than 3.5 million customers in Central Scotland, Merseyside and North and Mid Wales. The energy supplier currently manages 105,000km of power cables and 30,000 substations, many of which were originally installed between the 1950’s and 1970’s.

The power supplier claims the programme will help create 2,500 jobs and play a major role in supporting the UK’s transition to a low carbon economy whilst reducing costs for customers. It plans to spend around £90 million recruiting and training the thousands of people needed to make the upgrades.

The investment comes on top of £2.6bn being pumped into the high-voltage transmission network between now and 2021.

Frank Mitchell, CEO of ScottishPower Energy Networks said: “Millions of homes and businesses in our network areas rely on a safe and secure supply of electricity… To keep driving improvements and deliver more advanced and smarter infrastructure, which will bring real benefits for customers, we need to invest significantly in our network.

“By utilising new technology, we can deliver an even more robust network that improves efficiency, results in fewer and shorter interruptions and supports the generation of low carbon electricity.”

The energy firm claims it currently has 30% fewer interruptions than the UK average and said it would double compensation payments for customers who lose power for extended periods from 2015.