Tilbury biomass power plant in Essex is closing despite its owner energy supplier npower describing it as a “success”. The plant began life as coal power station in 1969, generating […] 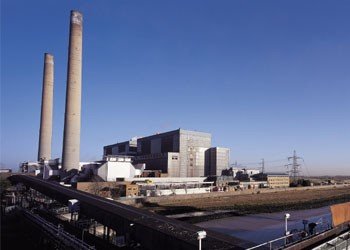 Tilbury biomass power plant in Essex is closing despite its owner energy supplier npower describing it as a “success”.

The plant began life as coal power station in 1969, generating 1,131MW of electricity for the National Grid until 2011 when it was converted to use biomass. It suffered after a fire broke out in two fuel hoppers last year.

The parent company of npower, RWE Generation said it has made “the difficult decision to halt progress” on this project while it assesses its “feasibility”.

Roger Miesen, chief technical officer at RWE Generation said: “It is with regret that we are announcing the decision to halt the Tilbury Biomass project. This decision has not been taken lightly.”

The closure is not only a blow for the nation’s budding biomass sector but also adds pressure to the growing capacity crunch in the UK.

In one fell swoop it will take more power off the grid than was brought online by the new London Array wind farm opened by David Cameron yesterday.

Plants powered with biomass were notably left out of plans for electricity market reforms last week when the Government didn’t state a level of support for so-called dedicated biomass. But Tilbury itself qualified for existing support levels under the Renewables Obligation.

Trade group Renewable Energy Association warned against speculating whether policy in the Government’s Energy Bill was behind the decision but admitted it was a disappointing outcome.

Paul Thompson, the body’s Head of Policy said: “It is very disappointing that the world’s largest 100% biomass power station is going to close, particularly as npower themselves described it as “a success both commercially and technically”… Biomass is a key technology for bridging the looming capacity gap with flexible, quick-to-build, low carbon plant and has a valuable role to play balancing out intermittent generation from other renewables.”