The oversupply of carbon credits in the European Union’s carbon trading scheme could “worsen”. That’s the view of ratings agency Fitch in response to the MEPs’ decision to temporarily withdraw […] 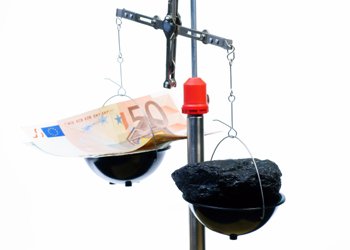 The oversupply of carbon credits in the European Union’s carbon trading scheme could “worsen”.

Giving its verdict on the European Parliament’s vote to hold back carbon credits, Fitch suggested that in the short term is likely to push their prices up if the move gains “traction” but won’t kill off coal power.

It pointed to the 9% rise in carbon prices on Wednesday and a boost of 20% in the six-month forward market.

The agency said it believes prices are “likely to rise further” if the plan is implemented as the volume held back makes up around 15% of the total permits available for 2013-2015 and potentially more than a third of the permits due to be auctioned over that period.

However it struck a note of caution by adding this end result is “still uncertain” as national ministers need to approve the measure: “This could take many months, if it happens at all.”

The agency also cast doubt on whether ‘backloading’ of carbon credits will succeed in pulling up the price of carbon credits from below €5 per tonne to the €15-20 that Fitch believes would be “necessary” to make natural gas-fired power plants more competitive with coal-fired plants.

The agency said over-supply of carbon credits could even “worsen” as the proposal only delays when they are issued rather than cancelling them outright. It stated: “This means that if European economies and therefore demand for carbon emissions do not pick up by 2016, or if roll-out of renewable capacity is faster than expected, the supply overhang will return and could worsen.”