Fuel poor – sounds like an easy enough concept, doesn’t it? But if you thought that, you would be mistaken. The Government has given the phrase “fuel poverty” a new […] 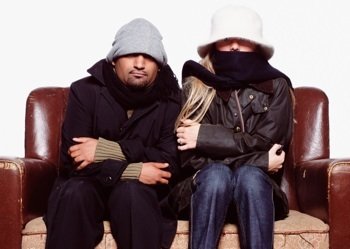 Fuel poor – sounds like an easy enough concept, doesn’t it? But if you thought that, you would be mistaken. The Government has given the phrase “fuel poverty” a new definition to make sure support is better “targeted” at those who need it most.

Yesterday the Government announced from now on a household will be deemed fuel poor if total income is below the poverty line (taking into account energy costs) and energy costs are higher than typical.

This is a change from the previous definition which counted homes which spent more than 10% of their income on fuel and follows an independent review and consultation.

Ministers say the change means some rich households now won’t be included where they might have previously and others struggling with energy costs won’t be overlooked.

The Government also brought in amendments to the Energy Bill to set a new target for fuel poor households, so they must hit a certain standard of energy efficiency in their home.

Energy Secretary Ed Davey states in the introduction to the report that a “new definition is a powerful tool”, explaining: “We did not do this to move the goalposts, or to make the problem appear smaller, or to get Government off the hook. We did so to better understand the problem we are facing… unless we properly understand the problem, we cannot design effective solutions.”

Some campaigners worried the root of the problem was not in a phrase but in the cuts.

James Granger of Fuel Poverty Action said: “However the government wants to define the problem, the reality is that the government’s cuts and austerity policies are forcing millions in the UK to choose between heating and eating in the winter.

“Any reduction in the number of households classed as ‘fuel poor’ under the government’s new definition will only mask an escalating cold homes crisis,” he added.

Instead the campaigner advocated “re-thinking” the UK’s energy system towards decentralised renewable energy.

Others were just pleased the Government has finally admitted the problem can’t be solved by 2016.

Jenny Saunders, chief executive of National Energy Action said: “We must now make the case forcefully to Treasury that the revenue they receive from energy taxation and carbon levies must be recycled into a major refurbishment programme replacing the obligations on energy suppliers which are regressive and under current restrictions will assist only 5% of the fuel poor in England.”