Britain’s car industry is set for a £1billion injection to jet it ahead of the competition for ultra-low emission vehicles or ULEVs. Business Secretary Vince Cable announced the huge sum […] 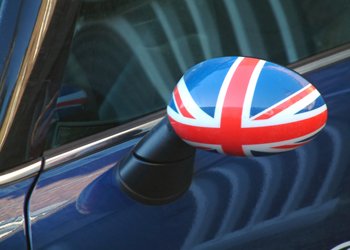 Britain’s car industry is set for a £1billion injection to jet it ahead of the competition for ultra-low emission vehicles or ULEVs.

Business Secretary Vince Cable announced the huge sum today which will go towards a new research centre, half of that coming from the Government over the next ten years and the rest expected from the industry itself.

The Advanced Propulsion Centre could play a central role in getting ahead of the game in research and development (R&D) on low emission cars. It’s part of the Government’s newly published strategy for the sector covering the next 20-30 years called “Driving success”.

The Government expects the £1billion investment to fire up at least 30,000 jobs currently linked to producing engines and could create extra jobs in new supply chains.

Britain is the fourth largest vehicle producer in Europe, making 1.58 million vehicles in 2012 and more than 80% of these are exported to at least 100 countries, states the strategy citing motor manufacturing body SMMT’s figures.

But the market is shifting and the country will have to change too, believes the Government.

By 2040 almost none of Europe’s new cars will be powered solely by a traditional petrol or diesel engine, according to BIS, calling this a “once in a lifetime technology change” which gives the UK a prime opportunity to create “tomorrow’s vehicles”.

The Business Secretary said: “With the next generation of vehicles set to be powered by radically different technologies we need to maintain this momentum and act now. Our industrial strategy will ensure we keep on working together to make our automotive industry a world leader.”

Mike Baunton, interim chief executive of SMMT said he is “confident” the strategy and joint investment will make the UK “an even more attractive place to design, build and sell” car parts and vehicles.