Carbon price reform on the European agenda Last week, MEPs voted once again on plans to bolster the EU carbon market, which if successful, could help to reduce the growing […] 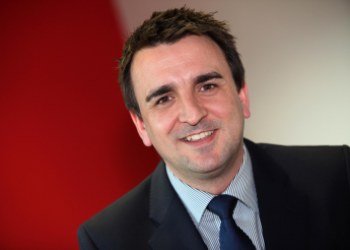 Last week, MEPs voted once again on plans to bolster the EU carbon market, which if successful, could help to reduce the growing disparity between what we pay in the UK and the cost of carbon elsewhere in Europe.

Of course, I’m sure this wasn’t on the mind of many of those European MEPs who backed temporarily withdrawing (or ‘backloading’) 900 million carbon allowances from the EU’s Emissions Trading System, which has long been suffering from over supply and under demand. But having rejected a similar proposal back in April, perhaps witnessing the fall-out caused a change of heart, with the price of carbon tumbling as low as €2.63 a tonne (a far cry from its €25 post-launch price back in 2005). After all, the EU ETS is the world’s largest carbon market and the supposed flagship policy vehicle for tackling climate change in member states.

The 344 to 311 majority vote doesn’t mean it’s a done deal, however. The plan must now be approved by the European Council, which is unlikely to happen imminently. And this probably explains why after an initial boost when the news became public, the carbon market has settled down again. For example, 2014 European carbon prices on the EUA increased by as much a euro on the previous day’s closing price of €4.44, but by earlier this week they were back trading at around €4.51.

Along with the backloading plan, MEPs also voted in favour of a new review to assess the risk of carbon-leakage, where energy-intensive businesses relocate operations outside the EU to avoid paying carbon allowances (I wonder what risk level they’ll find in Britain). But disappointingly, they rejected plans to offer financial support to help energy intensives invest in greater efficiency measures.

However, carbon and the EU ETS won’t be off the agenda for long. Last week also saw the end of an EU consultation on a 2030 framework for climate and energy policies. At around the time our UK Energy Bill becomes law at the end of 2013, the EU should release proposals for a 2030 legislative framework for climate and energy policies. The aim is to follow the 20-20-20 goals for 2020 (20% greenhouse gas reductions, 20% energy efficiency improvements and 20% renewable energies share by 2020) with a clear plan for the following decade, including a target for greenhouse gas (GHG) reductions and more wide-reaching reforms of the EU ETS.

In DECC’s submission on behalf of the UK, it called for a unilateral EU-wide emissions reduction target of 40% for 2030 – but the exclusion of any specific renewable energy target or mandatory energy efficiency target, “either of which risk pre-judging the cost-effective pathway to 2030 GHG outcomes”. It will be interesting to see if Brussels agrees – and what the impact of new EU policy will have on the price of carbon, and on our position as the carbon-tax leader of Europe.