The UK Government is not doing enough to attract offshore wind turbine makers and its plans to encourage new wind farms are expensive and flawed, a new study has found. […] 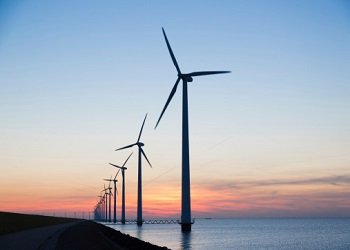 The UK Government is not doing enough to attract offshore wind turbine makers and its plans to encourage new wind farms are expensive and flawed, a new study has found.

The Institute for Public Policy Research (IPPR) said the British Isles have “ideal building conditions” but is not being taken advantage of and more needs to be done to bring down costs and secure jobs in offshore wind. It suggests the Government needs to attract at least two turbine manufacturers to set up operations in the UK.

The thinktank believes the Government has backtracked on its target of generating 18GW of offshore wind by 2020 and expects only 4.4GW to come online between 2020 and 2030. This, it claims, risks the industry missing out on an additional 15,000 jobs that could be created by the end of the decade.

Will Straw, Associate Director at IPPR said: “The UK’s current policy trajectory could see it achieving a ‘worst of all worlds’ outcome: low volume, low jobs and high costs. This would fail our climate challenge, our jobs challenge and our rebalancing challenge. Unless Britain ‘pumps up the volume’ there is little prospect of either bringing down the costs of offshore wind or creating domestic jobs.”

He suggests the Government should give the offshore wind industry the long-term clarity it needs.

Mr Straw adds: “A 2030 target for the carbon intensity or share of renewables in the power sector is a necessary condition as are long-term 20 year contracts. But developers must be expected to drive down costs with a subsidy regime that reduces the strike price over time. Developers and suppliers should do more to provide apprenticeships and sponsor university and FE courses.”

RenewableUK is also urging the Government to draft a long-term plan for the industry.

Director of External Affairs Jennifer Webber said: “The Government is making progress in defining the investment climate for renewables between now and 2020 by setting out the details of Electricity Market Reform. As the IPPR study suggests, Government needs to follow up on this by articulating a long term vision to show the direction of travel beyond 2020, to increase the number of investors and entrepreneurs we are attracting into this vibrant sector.”

The UK has 20 operational offshore wind farms, with a total installed capacity of 3.3GW – equivalent to powering more than 2.3 million households. It currently has a total of 6.3GW of projects consented, under construction and operational, with a further 8.2GW in the planning process.

Last week Britain got the green light from ministers to build what will be the biggest offshore wind project in the world.