New Australian Prime Minister Kevin Rudd is planning to scrap the country’s carbon tax and replace it with an emissions trading scheme. Weeks after reclaiming leadership of the Labor Party […] 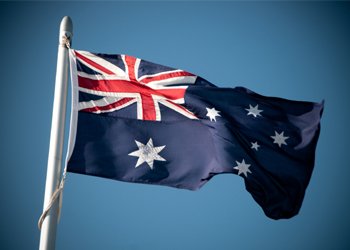 New Australian Prime Minister Kevin Rudd is planning to scrap the country’s carbon tax and replace it with an emissions trading scheme.

Weeks after reclaiming leadership of the Labor Party and Australian Government from his colleague Julia Gillard, Mr Rudd announced the change.

Over the weekend, the Prime Minister told reporters: “The Cabinet is working towards a floating price for carbon rather than a fixed price. The Government is moving in this direction because a floating price takes cost of living pressures off Australian families and still protects the environment and acts on climate change.”

The current carbon price of A$24.15 is likely to be dropped to a ‘floating’ price which could be around A$6-10 per tonne, reported Australian news network ABC.

The new plans mean it will become an emissions trading scheme a year earlier than planned.

The scheme has only been running for a year but attracted strong criticism from some industries as soon as it launched last year.

Australian Opposition leader Tony Abbott has already slated the carbon market idea, describing it as like trading an “invisible” substance.

Business was more receptive to the idea with the Australian Industry Group (Ai) calling it a “positive move”.

Innes Willox, chief executive of the trade body which represents more than 60,000 businesses in manufacturing, transport, IT and mining said: “We will be looking for more detail, but in principle a switch to much lower internationally linked carbon prices next year would be very positive for businesses struggling with high energy prices and lost competitiveness,” he added.