Barclays Bank and four of its traders have been ordered to pay $453 million (£298m) by the US energy regulator for allegedly manipulating electricity prices. The bank must pay $435 […] 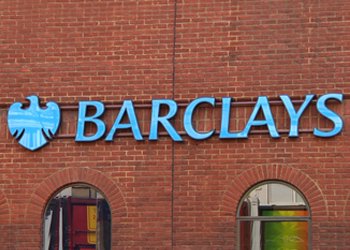 Barclays Bank and four of its traders have been ordered to pay $453 million (£298m) by the US energy regulator for allegedly manipulating electricity prices.

The bank must pay $435 million (£286m) in penalties to the US Treasury within 30 days, one of its traders must pay $15 million (£9.87m) whilst the other three $1 million (£0.66m) each. The Federal Energy Regulatory Commission (FERC) has accused Barclays of manipulating the electricity markets in California and other states from November 2006 to December 2008.

The FERC said: “FERC finds Barclays, Daniel Brin, Scott Connelly, Karen Levine and Ryan Smith built and then flattened substantial monthly physical index positions at four of the then-most liquid trading points in the western United States for the fraudulent purpose of manipulating the index price to benefit Barclays’ financial swap positions. FERC finds that their actions demonstrate an affirmative, coordinated and intentional effort to carry out a manipulative scheme, in violation of the Federal Power Act and FERC’s Anti-Manipulation Rule.”

Europe has also seen similar cases recently, with the European Commission raiding the offices of BP and Shell earlier this year over energy price fixing allegations in the last 10 years.

Barclays and the traders had previously responded to a FERC order directing them to answer allegations they manipulated the western electricity market and said it was “disappointed” by the action taken by the regulator.

Barclays said in a statement: “We believe the penalty assessed by the FERC is without basis and we strongly disagree with the allegations made by FERC against Barclays and its former traders in the FERC’s Order Assessing Civil Penalty. We believe that our trading was legitimate and in compliance with applicable law.

“The Order Assessing Civil Penalty is by its very nature a one-sided document and does not reflect a balanced and full description of the facts or the applicable legal standard. We have cooperated fully with the FERC investigation, which relates to trading activity that occurred several years ago. We intend to vigorously defend this matter.”

The FERC added that if Barclays and the traders do not pay the penalties, it “may seek affirmation of the penalties from a federal district court”.

Earlier this year UK energy regulator Ofgem was given new powers to protect wholesale gas and electricity markets from abuse. A national campaign group also called for another inquiry into price fixing allegations in the UK earlier this week.