British Gas has announced it will no longer sell products to business customers that automatically commit them to further fixed-term energy contracts. Existing customers who reach the end of their […] 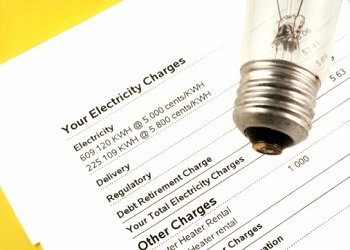 British Gas has announced it will no longer sell products to business customers that automatically commit them to further fixed-term energy contracts.

Existing customers who reach the end of their contract before June next year will be able to move to a non-rollover contract whilst products without auto-rollovers will be launched in September for new customers.

The controversial rollover contracts see firms automatically tied into costly long-term deals if they fail to cancel their deal within a set time.

British Gas Business said that once the fixed contracts come to an end, it will write to customers to offer further fixed term options and if they decline will then be moved onto a variable tariff which they are free to leave at short notice.

The news follows energy provider E.ON calling for a ban on rollovers last week. Earlier this year Ofgem said it is bringing in new rules to stop smaller businesses from being ripped off with rolling energy contracts.

Stephen Beynon, Managing Director of British Gas Business said: “Increasing numbers of our small business customers have told us they don’t like the way the energy industry automatically moves them onto new contracts so we’ve decided we will lead the way and put an end to this practice for our customers.

“We’re the first supplier to announce an end to auto-rollover contracts and we’re calling on the industry and the regulator to work together to ensure that all customers have a transparent choice of products that never include auto-rollover.”

A survey last year found UK firms could be paying around 61% more – or £1,600 – than the average energy bill as a result of their contracts being automatically rolled over.