The University of Birmingham has been granted a £6 million fund to create a new facility to support research into energy storage technologies. Cryogenic energy storage systems – which uses […] 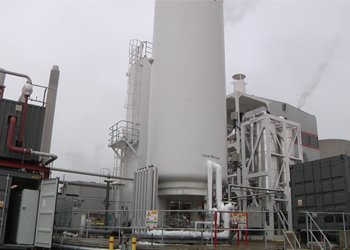 The University of Birmingham has been granted a £6 million fund to create a new facility to support research into energy storage technologies.

Cryogenic energy storage systems – which uses liquid nitrogen to store and release energy – use off-peak electricity to liquefy air. The cryogenic liquids that is formed is stored in a vessel and vapourised into gas during an expansion process which drives a turbine.

The system uses off-peak electricity during peak times and help solve the “wrong-time wrong-place” energy generation and supply problems. The technology is expected to provide a relatively cheap way of storing power, particularly from intermittent sources such as wind turbines, to better match the supply of electricity to demand.

The project is part of a wider investment worth £85 million to support research in universities across the nation.

Minister for Universities and Science David Willetts said: “For Britain to get ahead in the global race we have to back emerging technologies and ensure our universities have the latest equipment. This capital investment will help scientists make new discoveries and take their research through to commercial success. It will drive growth and support the Government’s industrial strategy.”