Campaigners have warned the Government’s electricity market reform (EMR) still fail to provide enough information on how it plans to deliver a decarbonised electricity network. WWF welcomed the clarity DECC […] 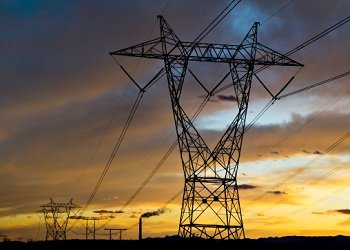 Campaigners have warned the Government’s electricity market reform (EMR) still fail to provide enough information on how it plans to deliver a decarbonised electricity network.

WWF welcomed the clarity DECC provided in the draft proposal yesterday for the development of renewable projects to be built over the next five years but said the EMR lacks a “long-term vision” for the power sector.

The Government said the draft EMR would provide greater certainty for investors to support new energy infrastructure, with up to £110 billion being delivered by 2020.

The EMR includes draft strike prices for renewable energy sources such as solar and wind farms but biomass projects, however, biomass will not be supported under the new subsidy regime and support levels for nuclear and carbon capture and storage (CCS) have not been published.

Nick Molho, Head of climate and energy policy at WWF-UK said: “The lack of a clear picture beyond 2020 is unsettling for companies wishing to invest in new low carbon or supply chain projects, which take several years to build. If the Government wants to see investment flowing in the UK’s clean energy infrastructure, it must set a direction of travel and stick to it.”

He added Ministers must look beyond just building new gas plants to guarantee the UK’s security of supply if the UK is to stick to its carbon budgets.

Friends of the Earth Campaigner Oliver Hayes added: “The Government is ignoring the advice of its own climate experts by consulting on a three-fold increase in gas power, which would wreck the UK’s chances of tackling dangerous climate change. It’s also clear Ministers have cast aside their commitment to not subsidise nuclear power, forcing bill payers to pick up the mammoth cheque for this dinosaur technology for up to 40 years.

“Instead of chasing out-dated and dirty energy at any cost, Ministers must set a target for UK power to be carbon-free by 2030, giving certainty to companies looking to invest in Britain’s huge clean energy resources.”

The Renewable Energy Association (REA) is calling for the Government to reconsider setting a strike price for new biomass power plants if it is to meet its renewables target.

Chief Executive Gaynor Hartnell said: “Whilst it was wrong to cap the amount of new build biomass under the existing policy, until today project developers had the alternative option of a contract under the new policy. Today that option has been closed off. This is a U-turn.

“It should not be a case of choosing between converting coal-fired power stations to biomass or building new projects; the two operate at different scales and both can play an important role. This decision sends a terrible message to investors.”

The EMR includes Contracts for Difference (CfDs), which is expected to guarantee power prices for low carbon generators, for large-scale solar projects over 5MW but smaller projects will have to use the existing Feed-in Tariffs (FiTs) usually set around a smaller budget.

The Solar Trade Association (STA) said solar projects over 50kW are “very severely constrained under the FiTs” even when schemes are cheaper than other renewables.

Head of External Affairs Leonie Greene added: “Solar is highly effective and cost competitive as a decentralised power source at relatively small scale. Cutting off the sub 5MW market therefore makes solar unique in having a bleak outlook under EMR when the Renewables Obligation (RO) closes. That’s not acceptable and we can’t believe it’s what politicians want given the recent focus on mid-scale and roof-mounted solar. In fact the result of the policy framework as currently set out would be to drive a focus on schemes larger than 5MW.”